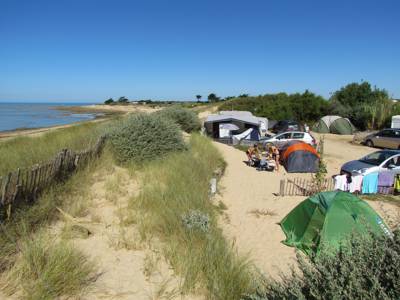 It’s difficult to discern where the sand dunes of Basse Benaie beach end and the campsite – Huttopia Côte Sauvage – begins. With the nearest pitches tucked among tufts of spikey marram grass and flowering sand-verbena, the whole place gives the feel that you are almost camping on the beach. In truth, no real distinction does exist. Set just 20 metres from the sea, the campsite and the dunes have become one entity, with stick beach fencing dividing up different areas. It's only as you wander a few metres further inland that the deep, soft sand between your toes gradually hardens as shrubs and tall trees populate the campsite proper.

Part of the established Huttopia group, (who also have a second campsite three kilometres inland), Camping Côte Sauvage is a large family site that's awash with children in school summer holidays. The 100-odd pitches are, for the most part, left for regular tent and campervan campers, while fully furnished safari tents allow those travelling light to stay with minimal fuss. Ample facilities, meanwhile, include three separate washroom blocks and a central reception lodge with free Wi-Fi, a small shop and a reading area, while the soft dune sand also lends itself to a decent children’s playground and those all important boules pitches (a staple no respectable French campsite should be without).

From Basse Benaie you can walk further along the coast to Montamer beach – one of the island’s most popular swimming spots at high tide – or stroll inland, via the tiny vineyards, to pretty Sainte-Marie-de-Ré. With its daily market and plethora of locally farmed goods, the place has the feel of a rural village you'd more likely find deep in mainland France, rather than here beside the coast. The giveaway, though, is the fish, mussels and sea salt for sale in abundance, strangely found alongside locally produced potatoes by the bucket load.

Beyond such local finds, the rest of the island is easily reached on a bike and the campsite has plenty available to hire if you haven’t brought your own. With over 100 kilometres of car-free trails it’s easy to get around and you can cross the island to the northern coast in around 15 minutes. Cycle the half hour to Saint-Martin-de-Ré, though, for the best of the island’s museums and history, or continue west to the famous tidal flats where ‘white gold’ is dried out at Île de Ré’s renowned sea salt farms.

3 separate wash-blocks with showers, toilets, washing up areas and family and disabled-access bathrooms. A central lodge with free Wi-Fi, a TV room, a library and board games; a playground, boules pitch, table tennis and table football tables. Motorhome service point. Bikes available for hire. Fridges and BBQs for hire. Coin-operated laundry area with washing machine and dryer. 'Camper's corner' shop for any essentials you've forgotten and tourist information in reception. Activities for children throughout school holidays.

Most campers don't get much further than the beach. It's only 20m to Basse Benaie beach which ultimately merges into the eastern edge of better known Montamer beach. Both will quickly soak up all of your time, whether it's sunning yourself, swimming or taking to the water in a boat. Elsewhere, La Salee is another excellent beach for swimming, while Grenettes is the most popular for surfers (you can hire boards right by the waterfront). The island has over 100km of cycle trails and bikes are available to hire from the campsite. Pedal across the island to see the impressive ramparts of Saint-Martin-de-Ré – the Vauban fortifications are now a recognised UNESCO world heritage site and were designed not only to accommodate the entire island population but also their cattle.

An on-site restaurant serves homemade pizzas and hot snacks (open in summer and public holidays only). There's also fresh bread delivery each morning (make sure you order the evening before). For the best food, though, visit the island’s market stalls, with markets held every morning at la Flotte, Rivedoux and Sainte-Marie throughout the year.

Just 20 metres from the beach, if you love tranquillity and unspoilt nature, you will be seduced by Huttopia Côte Sauvage - Ile de Ré Campsite. Peaceful holidays guaranteed on the Ile-de-Ré! Read More

150 pitches across 5½ acres (some occupied by pre-pitched safari tents) some with sea views. 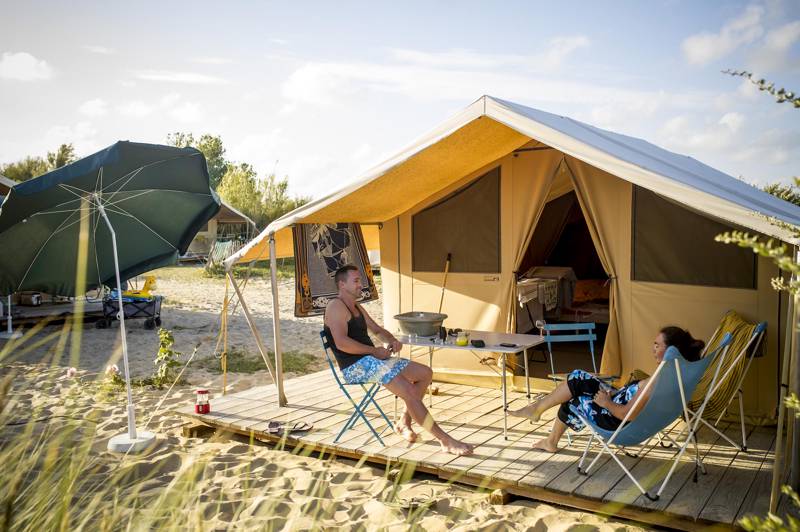 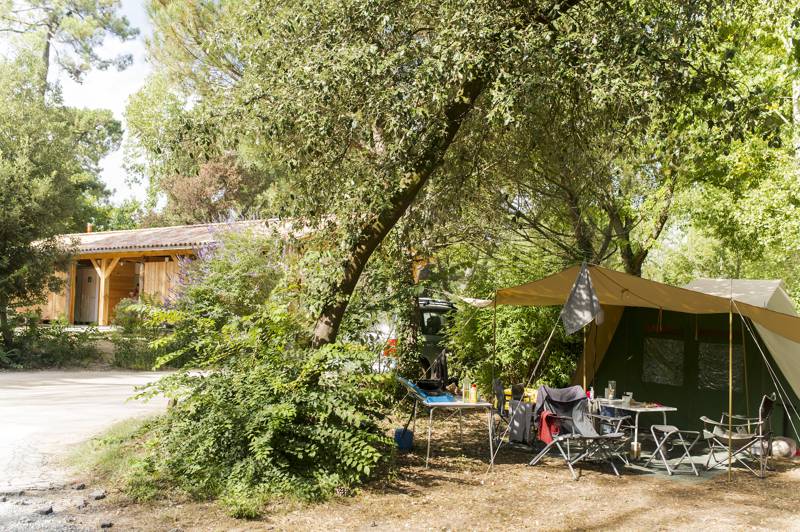