Want to hear about a campsite in a part of the Lake District that’s peaceful even in the height of summer? Of course you do – who wouldn’t? With England’s highest mountains, largest lakes and some of its most scenic campsites, the Lake District National Park is understandably, undeniably and sometimes frustratingly busy in the school holidays. But up in its northern reaches, there’s a kind of campers’ paradise; a place that’s family friendly, easy to get to and appropriately called Eden. If you like sleeping under canvas, eating woodfired pizza and supping local drinks round the campfire, this place is heaven-sent.

Camp Eden is a summer-only pop-up camping and glamping site five miles south of Penrith, in the grounds of Lowther Castle. Head here from the south and you can whizz by Windermere; arrive from the north and you’ll stop before you get to its often busy shores. The nearest lake is the relatively peaceful Ullswater, with its scenic paddle steamers and lovely lakeside walks. For walkers, scramblers and climbers, the dizzy heights of Blencathra and Helvellyn are near enough to scale and, as you’re camping in the grounds of Lowther Castle, it’d be rude not to explore.

While this is a peaceful part of the national park, it’s not a tiny site. This place has 100 off-grid pitches and more than 120 glamping tents ranging from basic bring-your-own-bedding bell tents to fully-furnished, Arabian Nights’-style shikar tents. It’s a sociable sea of canvas but there’s plenty of room and event-style facilities for everyone; all set up by the experienced team behind Kendal Calling music festival. The festival is a separate entity on a separate site but it’s existence means Camp Eden is in the very capable hands of a team who are used to hosting events and campers on a much larger scale than this.

The slick operation of it all and the communal area, with its woodfired pizza cafe and pop-up bar, has a touch of a festival feel but the vibe couldn’t be more different. While a festival is its own destination, this place is very much a base camp. Don’t be surprised to find it deserted in the day as campers scale mountains, take to the lakes and see the sights. The only music you’ll hear will be acoustic, not amplified and the food stalls are more about easy dinners for the kids, rather than fuelling the night’s adventures. In fact, as the stars come out, the place quietens down until the last campfire crackle signifies the end of another day in this Lake District idyll.

Camp Eden is a rustic boutique campsite, offering showers and toilets. Some boutique options include electricity. During the evenings our real ale and cocktail bar will serve a variety of locally-sourced and artisan drinks, while our woodfired pizza cafe will offer fresh, handmade classic pizzas. Standby for news on acoustic music and DJ sets throughout the summer.

Camp Eden offers a range of boutique accommodation options including standard and luxury bell tents, bedouins and shikars, plus the option to 'park and pitch' with your own tent.

Explore the countryside, or simply chill with mates at the lake – the joys of the great outdoors are on our doorstep, with the Lake District offering a world of adventure including hiking, cycling and more.

Camp Eden is the gateway to the Lake District National Park, your base to explore the Lowther Estate and the stunning surroundings on our doorstep.

By day, take in the cycle trails, fell running routes, wild swimming spots and famous hikes. By night relax by the campfire with woodfired pizza, local-brewed craft ale and a spot of stargazing.

100 off-grid, grassy pitches for people with their own tents, plus 60 bell tents, 60 bedouin tents and four shikar tents. 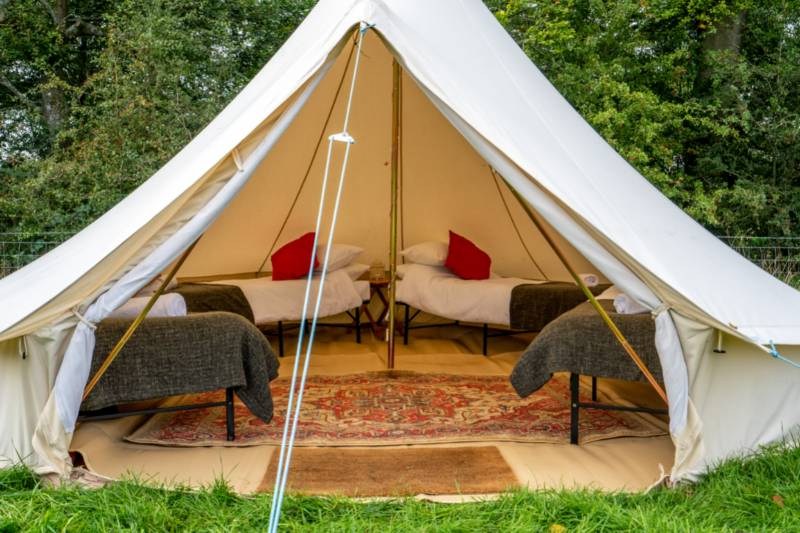 i
Our spacious sandstone 5m bell tents are beautifully dressed with all the comforts that you need to enjoy your stay at the festival.

Bell tent Sleeps 4 30 Available
Our spacious sandstone 5m bell tents are beautifully dressed with all the comforts that you need to enjoy your stay at the festival.
Select Dates or Read More i
These impressive Arabian tents feel like a Sultan’s lair. They are filled with so much luxury you’ll never want to leave.

Quirky Sleeps 4 15 Available
These impressive Arabian tents feel like a Sultan’s lair. They are filled with so much luxury you’ll never want to leave.
Select Dates or Read More i
The Mini Bedouin Tent is filled with everything you need for a comfortable night’s sleep. The tents are completely blackout so you can be rest assured of no early wake-ups.

Quirky Sleeps 2 8 Available
The Mini Bedouin Tent is filled with everything you need for a comfortable night’s sleep. The tents are completely blackout so you can be rest assured of no early wake-ups.
Select Dates or Read More 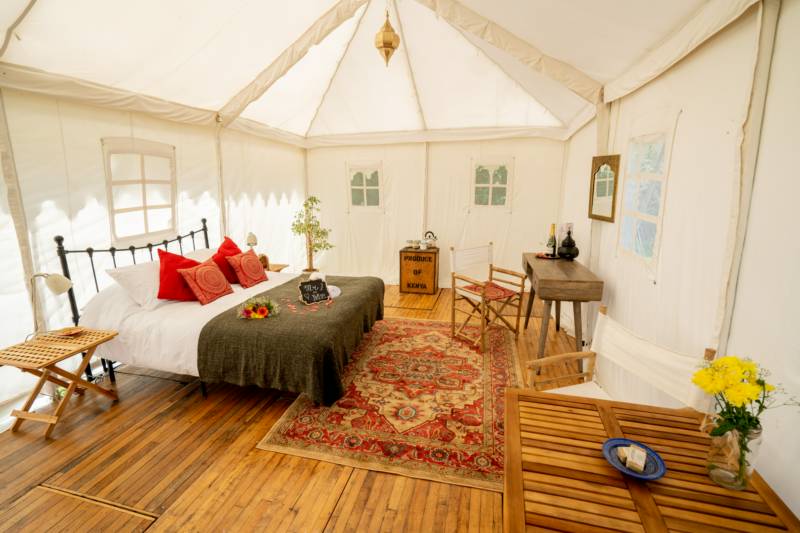 i
Our Royal Indian Shikar Tents, hand-made from the finest sailing-grade canvas, were originally conceived as holiday accommodation for the Maharajahs of Rajasthan

Camp Eden takes place within the grounds of Lowther Castle, Lowther, CA10 2HH. Following your booking you will receive detailed directions and parking information. Penrith (North Lakes) train station is 5.5 miles from the site, from where you can catch the 106 bus or take a taxi direct to Camp Eden. 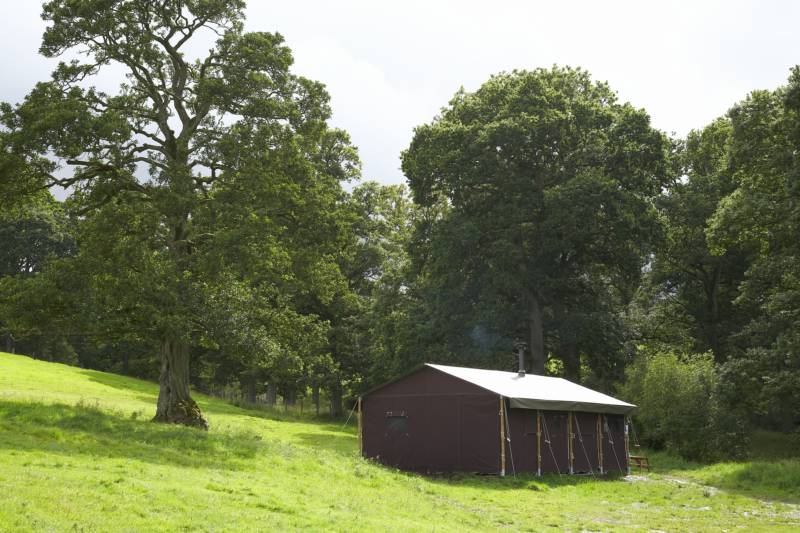